Social Media and Your Legal Liability

22 Sep 2012
A recent decision by Australia's Advertising Standards Board should concern any business that has a Facebook page but does not pay attention to it. YOU may be legally responsible for what what other people post on your Facebook wall. Yes, you read that correctly. 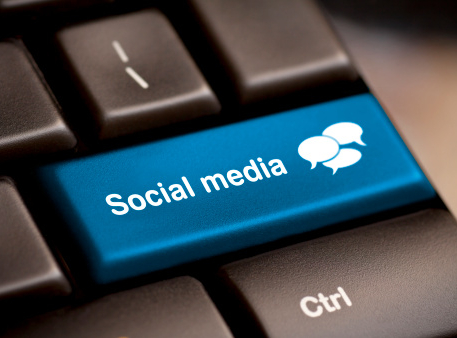 How did this come about? The ASB was responding to a complaint about the Smirnoff Vodka Facebook page where comments were posted by fans that were "obscene, sexist, racist and depicted irresponsible drinking". Smirnoff did not remove these comments. The ASB decided that comments on a Facebook page are the same as comments on an advertisement and so are the responsibility of the advertiser.

So what does that mean to you? A lot. It means that you are now responsible for what appears on your Facebook wall even if you didn't write it. There are still a lot of details to be worked out here, but I recommend that if you have a company Facebook page then start moderating it regularly and treat comments as if they were made by you. That is, if you would not have said it then remove it immediately.

But why not close comments on your Facebook page? You could and that would protect you. What it would also do is remove the ability for the majority of people who are fans to post nice comments about your company or join in a discussion in a fruitful and meaningful way. That's not very "social" and as such will destroy any benefits from using these powerful networks.

I will be monitoring this and will update if any new information becomes available. It appears to me that Facebook is going to be a legal, moral and ethical battleground over the next few years. Combine that with Facebook's need to start making money for its investors and the days of taking advantage of "free" Social Media are coming to an end.

For reference, here are some original news articles about this topic:

Business is drunk if it thinks it doesnt have to police Facebook
http://www.crikey.com.au/2012/08/07/business-is-drunk-if-it-thinks-it-doesnt-have-to-police-facebook/

SEO And Google AdWords Are Now Part Of The Team

To kick off 2020 with a bang, I am proud to announce that I have now added SEO and Google AdWords services to my team. That means top quality Google advertising, lead generation, search engine optimisation, remarketing, social media advertising are now available to add to your website.

The latest version of TimlineCMS for standalone and WordPress websites has now been launched, and it is amazing. It has improved security, fast and reliable image scaling, a massive on-line store update that includes trade prices and product configurator support, and dramatically improved Facebook photo album integration on WordPress sites. Ask me to show you what this next-level tool can do for your website.

I set up an amazing hosting platform to run my business on. Everything I do uses Amazon Web Services. Here I will describe how my AWS website hosting works. This is not the full picture, though - there are a lot of other tools that I use to deliver websites that are FAST, reliable and a pleasure to use. This will give you an idea why my sites are so quick and why yours should be too. The entire approach is to make every operation run in parallel on infrastructure that is most suited to each kind of task required to build a web page. Read about how I do it.

When you manage a lot of websites you see a lot of hacking attempts. For some reason February saw more than in one month than in the last few years combined. The Australian government and a lot of media were reporting about "Sophisticated State Actors" trying to get into their computers. I saw several of my sites come under sustained attack. Were they some sort of elite foreign hacking squad? Not likely. The media loves a good hacking story (they think hackers have superpowers) and the government has bigger plans that are helped by exaggerating risks like these. It looked to me like what we call a "script kiddie".

Here is how your website is protected from the rest of the internet.

Most people only know Cloudflare as DNS management, but it also provides a suite of essential tools for a modern website. An SSL certificate, content delivery network, on-the-fly page optimisation and page rules, and protection from the rest of the internet.